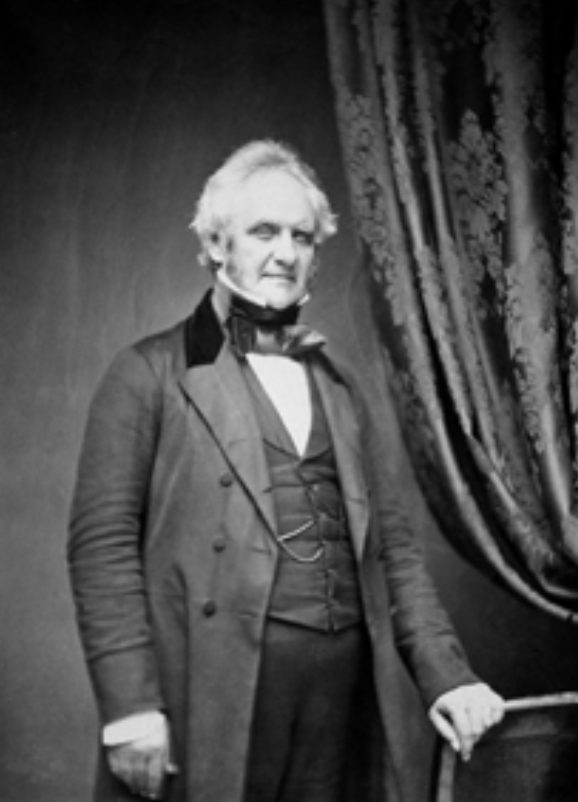 Who was George Peabody? 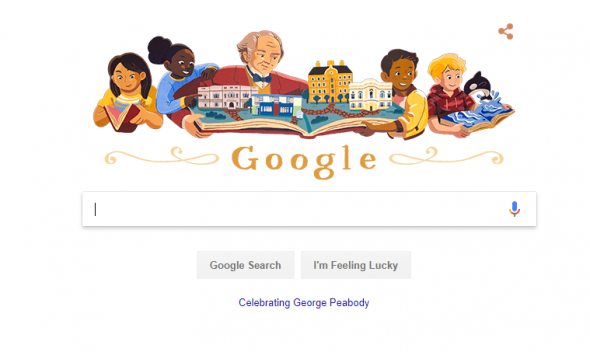 In paying homage to George Peabody, Google came to our school and dedicated the Google Doodle of the day to us and George Peabody himself on March 18, 2018!

George Peabody (February 18, 1795 - November 4, 1869) was an entrepreneur and philanthropist who founded the Peabody Institute, Baltimore, the Peabody Trust in Britain, and was responsible for several other charitable initiatives. He is the acknowledged father of modern philanthropy, having established the practice later followed by Johns Hopkins, Andrew Carnegie, John D. Rockefeller and Bill Gates. In the United States, his philanthropy largely took the form of educational initiatives. In Britain, it took the form of providing housing for the poor.

In America, Peabody founded and supported numerous institutions in New England and elsewhere. At the close of the American Civil War, he established the Peabody Education Fund to "encourage the intellectual, moral, and industrial education of the destitute children of the Southern States."

The first block of Peabody dwellings in Commercial Street, Spitalfields, London. A wood-engraving published in the Illustrated London News in 1863, shortly before the building opened.

In April 1862 in London, Peabody established the Peabody Donation Fund, which continues to this day, as the Peabody Trust, to provide good quality housing for the "industrious poor" in London. The first dwellings opened by the Peabody Trust for the "artisans and labouring poor of London" were opened in Commercial Street, Spitalfields in February 1864. They were designed by the architect H. A. Darbishire in an attractively ornate style, a break from the convention of Gothic that private clients came to require of him.

Peabody's philanthropy was recognised and on 10 July 1862 he was made a Freeman of the City of London, the motion being proposed by Charles Reed in recognition of his financial contribution to London's poor. He became the first of only two Americans (the other being Dwight D. Eisenhower) to have received the award. A statue of him was unveiled next to the Royal Exchange, London in 1869, on the site of what was formerly the church of St Benet Fink, which had been demolished in 1844.

George Peabody is known to have provided benefactions of more than $8 million, most of them in his own lifetime.