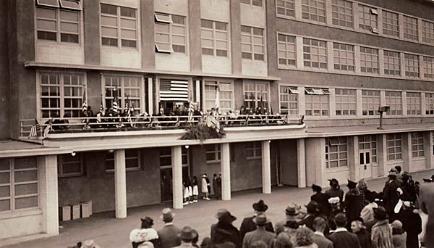 The result of a 1938 bond measure approved by San Francisco voters to address the increasing population in the Western San Francisco area, Abraham Lincoln High School was incorporated into a modern three-story building that was completed at a cost of over $750,000 in 1940 with just 50 classrooms, a cafeteria, a football field, and a library. A little known fact is that the North and South Gymnasiums, the auditorium, and the bungalow expansion were completed much later as separate projects.